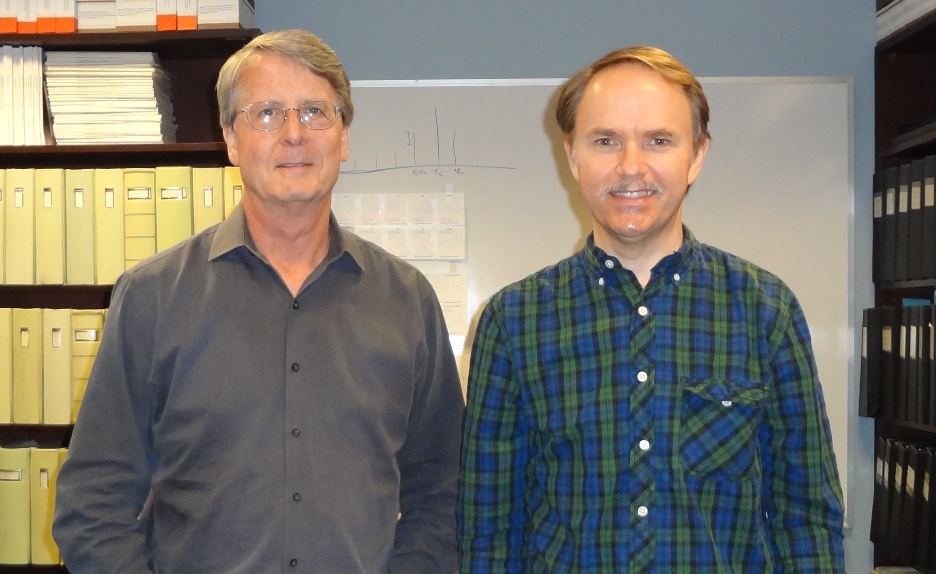 Bryan Pollard, President of Hyperacusis Research, was excited to partner with Jaime García-Añoveros from Northwestern University and Charlie Liberman from Harvard Medical School to organize a symposium at the upcoming ARO 2016 Mid-winter Meeting titled: Auditory Nociception and Pain Hyperacusis.
Pictured above:  Bryan Pollard meeting with Charlie Liberman to review the symposium plans. 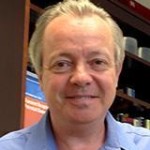 The goal is to present the recent discovery of a pain-like system in the cochlea, which mediates auditory nociception, most likely via the cochlear type II afferents, and to relate it to the pain sensation reported by patients suffering from hyperacusis. Bryan Pollard (Hyperacusis Research) will briefly introduce hyperacusis from the patient’s perspective and Richard Tyler (University of Iowa) will  follow with an in depth clinical perspective of pain hyperacusis.  Jaime García-Añoveros (Northwestern University) will describe the discovery of a novel connection from cochlea to brain that mediates auditory nociception (detection of sounds harmful to hair cells) and evidence suggesting that it involves cochlear type II afferents. Charlie Liberman (Harvard Medical School and Eaton-Peabody Laboratories) will describe the features of type II afferents and their similarities with somatosensory nociceptors, and Paul Fuchs (Johns Hopkins) will demonstrate robust activation of type II afferents by hair cell damage, the most direct evidence these neurons act as auditory nociceptors. Ulf Baumgärtner (Heidelberg University) will present live imaging revealing that loud noise activates both auditory and pain-associated areas of brain. Allan Basbaum (University of California, San Francisco), a leader in the study of somatosensory pain, will describe the mechanisms underlying neuropathic pain as well as treatments currently in practice or under development. 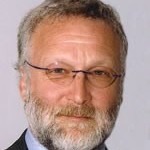 This symposium will link basic discoveries in auditory nociception and type II afferents, as well as live brain imaging, with the poorly understood pain often associated with hyperacusis, establishing a potential parallel between somatosensory and auditory nociception as well as between neuropathic and hyperacusis pain. The target audience will include audiologists seeking to understand and perhaps better treat the clinical condition of hyperacusis and basic auditory neuroscientists interested in understanding the role of type II afferents and the neural mechanisms of ear protection.

You have Successfully Subscribed!