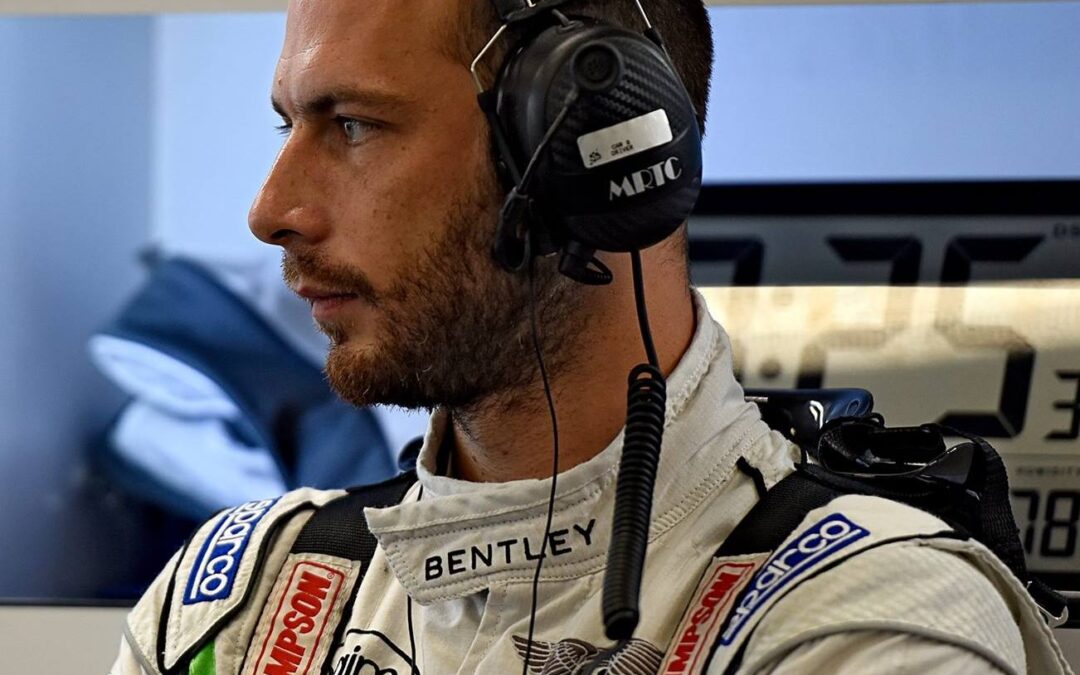 Racecar driver Wolfgang Reip of Belgium has hyperacusis, and is helping us to raise funds for research. Thank you, Wolfgang!
“Hyperacusis essentially amplifies noises. While that might sound like a superhero ability, the reality is that even sounds at a normal volume induce pain — increasing as the decibels increase.” Reip “describes a number of regular, everyday activities that his hyperacusis makes almost impossible, ranging from taking public transport to showering, without ear protection.” As for prevention, Reip has a simple message: “Protect your ears… Once they are ruined, there is no turning back.”
https://www.gtplanet.net/wolfgang-reip-hearing-disorder…/

Wolfgang has written more about his condition here:

We appreciate all donations, which help us toward our goal of a cure! Here is more of Wolfgang’s story as he has told it on his fundraiser for Hyperacusis Research:

I’m disabled. This is the first time that I have decided to talk about it publicly, so this collection is timely. When we think of disability, we think of a missing limb, or paralysis induced by neurological disorders by accident or illness. My disability cannot be seen, yet it is extremely debilitating and has transformed my life. Here is a small non-exhaustive list of what I can no longer do: take public transport, go to a bar, party, spend a normal evening with friends, listen to music, watch a film or a video with sound, take a shower without protection, cooking without protection, going shopping without protection, spending a day in town, anything directly or indirectly related to real and virtual motorsport (I haven’t set foot on a circuit for 2 years, whether karting or car), innocently taking the car for a few hours on the road, strolling in a park without potentially being attacked from all sides, chatting in a normal voice without whispering, working other than remotely and without voice meetings etc., etc..

What is it? Well, I suffer from severe hyperacusis and crippling tinnitus following several sound traumas during my racing career. The first one happened in 2014, but it was light, and I continued to have a normal life and to race, but it was getting worse and worse, and for 2 years it’s been in free fall. It is a rare and little known pathology, hence the lack of funds and research on the subject. Basically, it is the brain that is out of order and no longer processes sounds correctly and it creates inflammation in the ear and adjacent nerves. It is a complex problem because several areas of the brain are involved. It’s not clear if there is damage to the ear or not.
The result is that the sound hurts my ears, literally. I know it’s hard to imagine, but that’s how it is, if someone talks to me in a normal voice volume for a while, I’m going to have a very unpleasant flight or fight response from my body and my ears are going to start burning. , and the more they burn, the lower the tolerance level. With sudden high frequency sounds it’s even worse, think of all the noises of washing dishes, or banging, knocking etc… Depending on the intensity, these sounds can make my case lastingly worse. And on top of that I have very loud tinnitus, not the kind you just hear in silence, nothing I can’t stand can mask it, and it increases when I expose myself to sound (whatever be it).
It’s only been a few years that science is interested in the subject. Historically, severe hyperacusics were taken for crazy or phobic, so they had to be exposed to noise so that they were no longer afraid, except that it had the exact opposite effect. This vision is still very present among ENT and audiologists, but recent studies show that it has nothing to do with it. I am launching this collection to support research, and because I hope, I am confident, that within 10-15 years (at least sooner I hope) we will have understood how to treat this pathology effectively and completely. Beyond the pathology itself, it has a huge psychological impact since basically most of the things that make life worth living are no longer possible, we are more than a shadow of what we were. There is a very simple means of prevention, protect your ears… Once they are ruined, there is no turning back. So yes, most will lose a little hearing, nothing dramatic, others will just have tinnitus or tinnitus with a slight hyperacusis, and finally, for a minority, we will fall in my case, and that, I don’t wish no one, but no one is safe, we do not know in which case we will fall before it is too late. Any donation is welcome, let’s support the research!