Meet the Researcher: A talk with Megan Beers Wood, recipient of our Emerging Research Grant 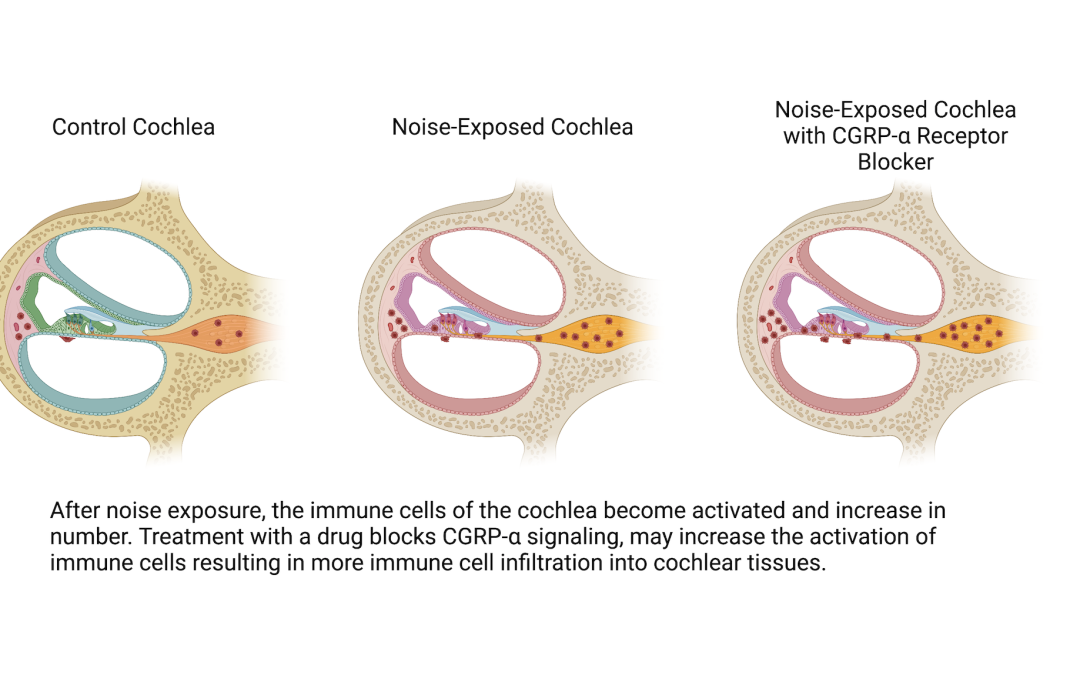 I come from a musical background and sang as a child. I had a grandmother who struggled with hearing aids when she came to performances. She would get that awful piercing sound to tell her to get her hearing aids charged.

Even as a child, I saw that a lot of therapies for hearing loss were not doing what they should do. They cause more frustration than help. Currently, no therapies are at the point of helping with hearing loss, and they ignore hyperacusis and tinnitus completely.

At the first ARO I went to, I was introduced to Bryan Pollard. It opened my eyes to hear patient stories and to learn what they were experiencing. I heard about setbacks and was thinking about what in our bodies could be causing a setback and how we could research it. It was fascinating to see Bryan’s work ethic and his efforts to link researchers to his cause. He has done an incredible service to this field.

One area that has barely been mined by researchers is social media and hearing what people say in their own words.

Patient stories are very helpful in our trying to understand the human perception of noise-induced pain. It is really important to understand what people are experiencing and to learn what has helped, like protecting their hearing.

Since noise-induced auditory conditions haven’t been helped by mainstream medicine, they have developed their own online communities. People have so many different ways to describe the pathological phenomena, which doesn’t exactly help.

People in these groups may not have the tools to describe what they are experiencing, and that is hampering our understanding of the human experience. But at least now there is some sort of public knowledge that hyperacusis even exists.

The idea of aural fullness, which often accompanies a noise injury, is still a moving target. People describe it differently — fullness, pressure, clogginess.

Within these communities, there is not a unified definition of hyperacusis that encompasses everyone’s experiences. Some of the work Hyperacusis Research has done has been to define the pathology that is affecting humans, which helps give researchers focus in what to look for in creating an animal model.

To move the field of basic hyperacusis research forward, we need to translate the defining characteristics that Hyperacusis Research and researchers within the field have identified, and translate them into testable models.

Several things hamper tinnitus and hyperacusis research. One is not knowing exactly what the causes of these auditory dysfunctions are. We don’t yet have a clear animal model — though that is changing — and there is no way to model an intervention without clinical research.

I have a doctorate in immunology and molecular pathogenesis. I became fascinated with the parts of the body cut off from immediate surveillance, like the eye and inner ear. I am interested in the inflammatory or immune response that happens in the immediate period of time after an injury.

Setbacks are a significant and hidden issue. The idea of setbacks is similar to flares in other inflammatory conditions. With things like multiple sclerosis or rheumatoid arthritis, there are periods of quiescence and of inflammation.

So I want to understand how our inflammatory response to noise could be involved in hyperacusis after a noise injury. The response would involve the immune system cells themselves.

When you have tissue damage anywhere in your body, from a cut on your finger to a sunburn, the cells that are damaged are going to give off signals that create inflammation and pain. I wanted to look at the cell-to-cell communication signals to try to understand how those signals might be related to pain.

One element of pain research is sensitization — a fancy term to say there is increased neural activity when there shouldn’t be. Type II neurons are neurons in the inner ear that are similar to pain neurons in the way they look and the genes they express. If type II neurons act as pain neurons and have increased activity of any type, our hypothesis is that the these neurons may relay a pain signal to the brain.

When we look at the neuron’s response to tissue damage between the cochlea of a noise-exposed and non-noise-exposed animal, we found this delayed response difference. We do this by poking a tiny hole in the epithelium to cause tissue damage. The type II neurons contain a protein that becomes fluorescent when the neuron is activated.

There is a cell-to-cell signal — a molecule called CGRP-α — that is in the inner ear and is also related to pain. My specific project funded by Hyperacusis Research is to look at this signal and see whether that molecule is involved in inflammatory cell migration, which basically looks into whether there is something about inflammation in the inner ear after a noise injury that might be stoking the inflammatory cell response.

We look at mice cochleae a day after noise exposure to see their inflammation status by looking at the number and shape of immune cells, and compare that with mice cochleae that have the CGRP-α cell-to-cell signal blocked by a drug. The data is not yet in, but the result will tell me if signals coming from neurons are involved in inflammation, which may shed light on a neural mechanism for painful hyperacusis. 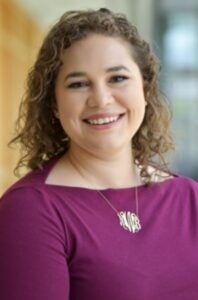