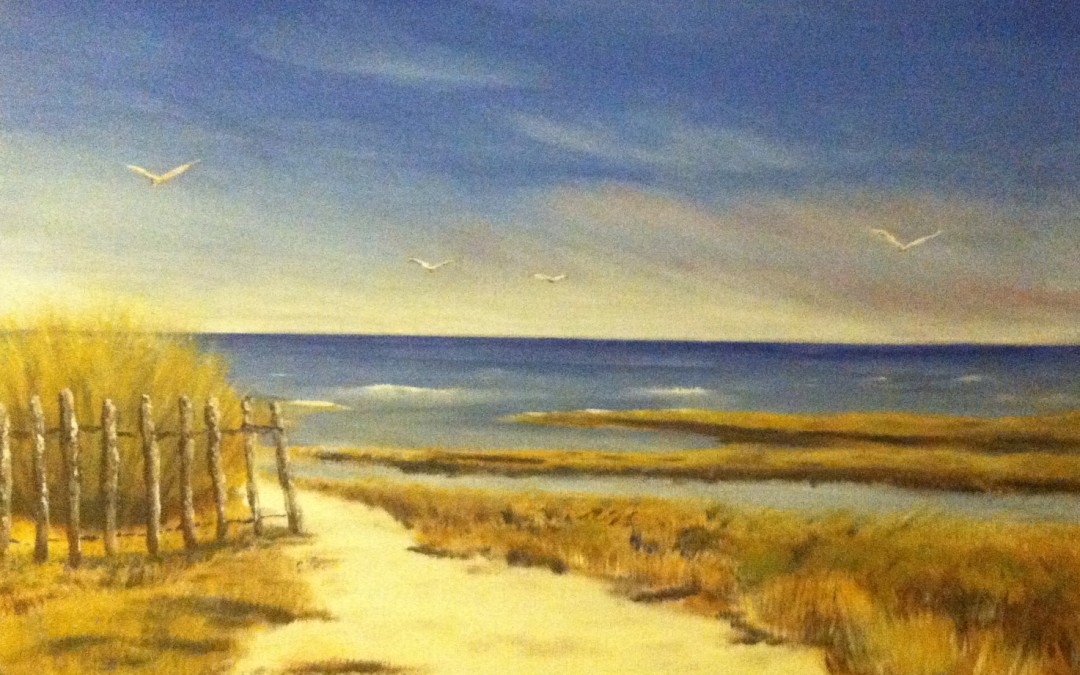 On February 28, 2014, when my ear started ringing out of nowhere, my life was changed forever. That night I first started to notice signs that I had hyperacusis. I’ve thought long and hard about this night and the days that followed trying to piece together how something that at the time seemed so insignificant could end up escalating into a condition that keeps me housebound and stationary for most of the day. Every day has become a constant struggle to keep myself from experiencing more and more chronic pain.

On February 28th I would consider myself to be living a pretty care-free lifestyle. I had been living on my own in San Jose, California for about three years working in a loud environment as a server in a restaurant/brewery. I would go out to bars and shows frequently and played electric guitar in a garage band at least once a week. I definitely found myself in many loud environments, but this is nothing unheard of for someone in their early 20s.

Over the year leading up to February 28, 2014 I can remember having quick flashes of what I now know to be hyperacusis, but at the time I thought nothing of them. A dish would smash at my restaurant or someone would shout in my ear at a bar and I would get a shock of pain. Looking back I can also remember my ears starting to feel more worn out and sensitive to the bass drum of my band after a few hours of playing music. I know now that these were all warning signs but were too small for me to bother with at the time.

So when my left ear started ringing during my shift at the restaurant, I thought “hmmm that’s weird”, and continued on through the dinner rush. Later that night, when I was at a coworker’s house, I started to get agitated by some of the louder voices and began telling people to be quieter. But it didn’t go any further than that.

The next morning my ears felt very tired and sore and they were still ringing. I woke up to some texts from a friend about jamming later and was hesitant about agreeing because of my ears, but we had our first gig coming up and I figured I would wear ear protection, something I normally didn’t use. After about a half hour or so of playing, I needed to stop. My ears were noticeably hurting and I couldn’t ignore it. That’s when I knew that this could be more serious than I originally thought.

I rested up for the next day and felt a little better, but once I returned to work it didn’t seem to matter. Every glass and plate clank sent shockwaves through my head. I had to leave early and took the rest of the week off until I could see a professional about my problem.

At this point I will explain in more detail about the symptoms I experience. I have bilateral tinnitus which has been present ever since February 28th. It has developed into many tones but when my ears are not agitated it sounds like static with a teakettle noise going off. It becomes increasingly erratic with more noise exposure and can mimic noises that actually occur, like if I hear a lawn mower loud enough and for long enough the sound of the lawn mower will incorporate itself into my tinnitus for a while after the lawn mower has stopped.

The pain from my hyperacusis itself is best described in two categories. There is an initial noise induced pain, which sends shockwaves through my head, like a dog barking or a car horn. Then there is pain in silence; ear pain that comes after the noise incident and lingers on indefinitely. In the first few months the pain was just soreness with rare warm sensations but never constant. Over time I have found that this pain in silence seems to get more complex with the more setbacks from noise exposure I encounter. There are spasms, fullness, pins and needles, numbness, and warm or burning sensations. My right ear is the worst of the two and always feels these sensations more intensely. During my best days I develop a warm and swollen feeling as the day progresses. But whenever I have a setback from noise exposure that warm and swollen feeling intensifies and other symptoms arise. Everything is more sensitive and erratic. It’s hard to focus on anything. All I want to do is sleep it off. If I’m lucky it’s just a few days but these setbacks can last for so long (weeks to months) that it becomes hard to gauge where I was before the setback. I might think I‘ve recovered but things are never quite the same as before.

When I originally went to an audiologist about my problem, I just said “I’m having trouble with louder noises and my ears are feeling uncomfortable sometimes”. She gave me a hearing test to measure how much noise I could take before I felt uncomfortable. My test results showed that my hearing was “within the normal range”, and I was uncomfortable with sounds between 85 and 100 decibels depending on the frequency. I was also hearing some frequencies below zero decibels. I was trying my best to do well on this test, to try and prove that nothing was really that wrong. She told me to wait 4-6 weeks, continue to rest my ears and wear ear protection in louder places but refrain from over protecting them and being in settings that are too quiet, which seemed pretty unclear to me. Things should return to normal. If I didn’t get any better I should come back. When I asked her about continuing to work at my restaurant she told me I should be fine and to wear ear protection if needed.

So that’s what I did. To the best of my ability I followed her guidelines. But after 2 or 3 weeks I realized my condition was not getting better. It was getting worse. I continuously probed the Internet for help. I found a lot of horror stories and considered myself lucky that I wasn’t as bad as them not understanding that I could very well end up as bad as them. I also read success stories of people conquering their hyperacusis through a treatment called Tinnitus Retraining Therapy (TRT).

So after going back to the audiologist I weighed my options. I decided that I needed to move back home with my parents in a suburb of Boston, give TRT a shot and get past this whole mess. It was all happening so fast. Every week I would have to mentally check off more and more activities on the list of things that bothered me. Seeing friends started to become uncomfortable. Things got to the point where I asked my father to come out to California to help me move.

Moving and flying home was an awful experience, and once back home I continued to worsen. Noises outside of my house were now bothering me more – lawn mowers, any power tools, even the planes that flew in and out of Logan Airport. I ’d wake up with aching ears and get fullness and burning sensations as the day went on.

I consulted an audiologist and tried to follow her guidelines for TRT but that also made me feel worse. Hours after attempting to “reintroduce sound in a non threatening way” I would end up with huge ear aches that would subside when I laid down for long enough, but once I started to do anything they would come back. No one seemed to understand what exactly was going on with my ears, including me. So I decided to start doing what felt good for my ears. I began to wear ear protection at all times and sleep as much as possible.

Now, over a year later I have seen some slight improvements. I still cannot tolerate ringing phones, metal clanking and appliance buzzers. My constant ear pain has lessened. My tinnitus has become background noise to me and is usually not an issue but if exposed to enough noise it can get louder and very annoying. I have learned to understand my noise limits much better and have cut back on my activities. I no longer listen to music, and turn off the sound on the television and computer speakers. I rarely talk on the phone and if I do I keep it very short. I also set limits on how long I expose myself to conversation and other noises.

Accidents occur and I have unavoidable setbacks of sporadic and changing symptoms for weeks at a time, but things are manageable for me. Most of my day I rest up in carpeted, sound proofed areas of my house, focusing on the things I can do and try to rest my ears to prepare for the next time I need to have conversations with friends and family, or in rare cases leave my house for a nearby medical appointment. The better I feel, the longer and more frequently I can do these things. I try to do as much a possible without overdoing it in hopes that I can build up a better tolerance but it can be very hard to gauge.

I consider myself to be very young to be having to deal with something like this. With the knowledge I have about hearing damage today, it angers me to think about all the unnecessary noise I exposed myself to because I was unaware of the harm it could cause. I didn’t think twice about turning up the volume on my headphones to drown out louder noises, like when lawn mowing or vacuuming, as I did for a college job; I rarely wore ear protection while playing music and never did for any concerts. Hindsight is 20/20. Everyone loves things loud until you can’t find quiet.