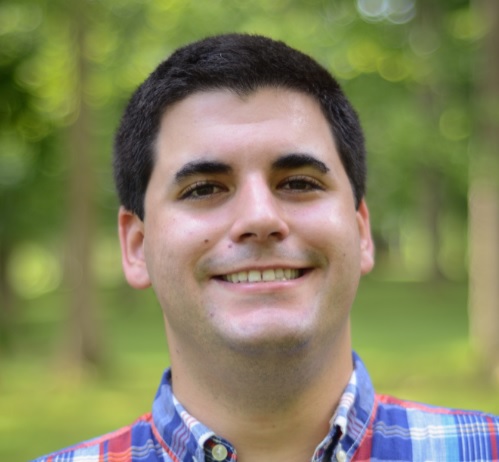 We are excited to announce the publication of the first ever academic research article that specifically compares the clinical features of people with loudness and pain hyperacusis. Using patient-reported data from the Hyperacusis Research–sponsored Coordination of Rare Diseases at Sanford (CoRDS) survey, Zachary Williams and his research team in the Department of Hearing and Speech Sciences at Vanderbilt University Medical Center examined how hyperacusis sufferers with and without frequent noise-induced pain differed in terms of demographics, quality of life, symptoms of hyperacusis, additional medical conditions, response to interventions such as sound therapy. The study, entitled “A Phenotypic Comparison of Loudness and Pain Hyperacusis: Symptoms, Comorbidity, and Associated Features in a Multinational Patient Registry,” was published in the American Journal of Audiology.

The authors analyzed survey responses from 243 adults with hyperacusis in 26 countries. Of the patients included in the study, 152 (62.6%) were classified as having “pain hyperacusis” due to their experiencing sound-induced pain at least once per day. The remaining 91 patients, were classified as having “loudness hyperacusis,” although it is notable that only 34 of these individuals (37.3%) had not experienced any noise-induced ear pain in the past year. Patients in the loudness and pain groups were then compared in terms of their responses to a large number of survey questions, allowing us to determine whether these groups differed in terms of their demographics, clinical presentations, or responses to treatment.

Demographically, participants with pain hyperacusis were on average slightly younger (mean age 43.69 years vs. 48.96 years in the loudness group) and more likely to be male (54.5% vs. 36.8% in the loudness group), although the groups did not differ in terms of duration of symptoms or the likelihood that a patient received a professional diagnosis of hyperacusis from a physician or audiologist. The groups also did not differ in the proportion of individuals who reported symptoms coming on suddenly or being worse on one side. One major difference, however, arose in terms of functional impairment, as respondents with pain hyperacusis indicated that their symptoms interfered substantially more with their careers, domestic responsibilities, and social relationships.

Another difference between groups arose with regard to the clinical course of symptoms. Patients with pain hyperacusis were substantially less likely to report that their symptoms had improved over time and substantially more likely to report that their symptoms had gotten worse with time. The survey also investigated the phenomenon of “setbacks,” hyperacusis symptom flare-ups that most patients report are triggered by moderate or loud noises in the environment. Although most patients in both groups had experienced setbacks at some point, these symptoms appeared to be much more frequent and severe in individuals with pain hyperacusis. Moreover, most patients reported that additional loud noise exposures during a setback increased the time needed to return to baseline symptom levels.

Aside from excessive loudness and ear pain, other sound-evoked symptoms (such as hearing changes, fluttering sensations, vertigo, and worsening tinnitus) were also similar between groups, though the pain group was more likely to report sensations of fullness or pressure in response to sound. Equivalent proportions of patients in both groups often also had difficulties tolerating other sensory stimuli, such as bright lights, strong smells, and certain types of touch. Co-occurring medical conditions such as tinnitus, hearing loss, and temporomandibular joint dysfunction (TMJD) were also similarly prevalent across the groups, although individuals with pain hyperacusis were more likely to report daily headaches and more pain along with their headaches. Alternatively, patients in the loudness hyperacusis group were more likely than those with pain hyperacusis to report prior diagnoses of psychiatric conditions such as depression, anxiety, and PTSD.

Lastly, the researchers examined the different treatments patients in the CoRDS sample had tried, along with how patients in each group felt the treatments had worked. Of the patients who answered the survey, over 50% had tried some form of sound therapy, including both professional-guided and self-guided protocols. On average, patients in the CoRDS sample reported “minor improvement” from sound therapy, although responses were highly variable. Notably, participants in the loudness group tended to report a higher degree of benefit, with over 70% of the participants who reported “Signficant Improvement” being in the loudness group. Additionally, the paper highlighted the potential risks of sound therapy, as 18% of the loudness group and 28% of the pain group reported that this process worsened their tinnitus and/or hyperacusis symptoms. Although relatively few participants reported medications that they found helped their hyperacusis, a sizable portion of individuals in both groups identified that their symptoms improved with benzodiazepine medications such as Valium or Xanax. Although the authors urge clinicians to try safer medications before prescribing benzodiazepines to treat hyperacusis, these results suggest that the role of benzodiazepines in hyperacusis management should be further explored in controlled clinical trials.

In conclusion, this paper provides the first in-depth comparison of loudness and pain hyperacusis. Overall, the two groups appeared more similar than different, although the pain hyperacusis group did report a higher burden of symptoms in several areas. Patients suffering from pain hyperacusis reported more frequent and severe symptom flare-ups (“setbacks”), less improvement and more worsening over time, more frequent and severe headache disorders, and reduced perceived benefit from sound therapy. These data had a number of limitations, including a complete reliance on patient self-report, a lack of validated questionnaires in the survey, and sample that was potentially more severely affected by hyperacusis than the general patient population. Nevertheless, it lays the groundwork for the clinical study of sound-induced pain, and the insights gained from this paper can hopefully be used to improve the clinical care that hyperacusis patients currently receive.