When Hearing Hurts: Hyperacusis in the News 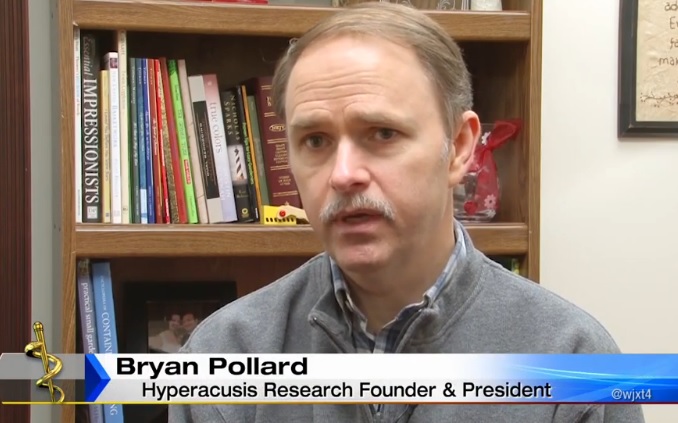 Hyperacusis Research was excited to participate in a news segment, titled “Hyperacusis: When Hearing Hurts” aired on the News4 Jax TV station. The story features George Rue, a musician whose life was radically altered 9 years ago when he left blues concert with terrible ear pain and ringing. George has constant, burning pain in his ears, along with ringing, or tinnitus, so loud it’s “like a laser beam cutting a sheet of steel.” George’s story was originally told in a New York Times article titled “When Everyday Noise Is Unbearable.”

The story was produced by NPN Media, an independent media organization which syndicates stories to many news stations across the country. A shorter version was also shown on CBS 4 Boston, featured on Boston.com, and in Yahoo news on March 9, 2015.